When President Donald Trump convened his Cabinet at the White House Wednesday as Washington absorbed news of a massive data breach, the heads of most agencies relevant to the intrusion — including the Department of Defense, the State Department, the Justice Department, the director of national intelligence and the Central Intelligence Agency — were absent.

After the meeting, Trump said nothing about the data breach, which went undetected by his administration’s intelligence agencies for months. As those agencies now mobilize to assess the damage — which the government said Thursday could be more widespread than initially thought, posing a “grave risk to the federal government” — the President himself remains silent on the matter, preoccupied instead with his election loss and his invented claims of widespread voter fraud.

The massive data breach, revealed in the final weeks of Trump’s administration, amounts to a dramatic coda for a presidency clouded by questions of deference to Russia and unsuccessful attempts to warm relations with its President, Vladimir Putin. Just as he has largely ignored the latest surge in coronavirus cases, Trump appears to have all but abdicated responsibility in his final weeks in office.

Members of President-elect Joe Biden’s staff were also briefed by officials on the massive intrusion, an official from the Department of Homeland Security’s Cybersecurity and Infrastructure Security Agency said. Biden himself has also been given details in his daily classified briefing, which has been listed on his public schedule each day this week.

“Our adversaries should know that, as President, I will not stand idly by in the face of cyber assaults on our nation,” Biden said in a statement on Thursday, making no specific mention of Trump or his administration, but also not naming Russia as the culprit.

The wide-ranging and extraordinary intrusion by suspected Russian hackers of US government systems has launched a technical soul-searching mission among the government’s leading cyber officials and outside experts over how this months-long, ongoing cyber campaign managed to go undetected for so long.

It wasn’t until Wednesday night that the US government formally acknowledged that the ongoing cyber campaign was still active. The revelation comes at a particularly fraught time during a divisive presidential transition and after an election that had been, by all accounts, free of foreign interference.

It’s unclear when, if at all, Trump may have been briefed on the latest hack. Nor is it clear how engaged Trump has been in responding. He has left all public responses to members of his Cabinet and administration. And despite a healthy pace of tweets about the election results and his false claims of voter fraud, he has not issued any message about the hack. 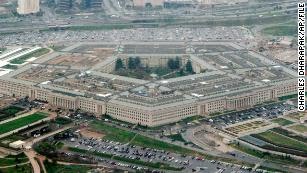 Sen. Mitt Romney, a Utah Republican who has been a frequent Trump critic, said Thursday it was “stunning” Trump had not responded yet.

“I think the White House needs to say something aggressive about what happened,” Romney said. “This is almost as if you had a Russian bomber flying undetected over the country, including over the nation.”

Trump’s national security adviser Robert O’Brien did cut short a trip to Europe to return to Washington for urgent meetings on the data breach earlier this week, and the White House has convened daily discussions with national security agencies related to the intrusion, according to people familiar with the matter.

The House and Senate Intelligence Committees were briefed on the issue Wednesday, but lawmakers have since made clear that there are still more questions than answers.

“(The) dirty fact is most entities don’t know they’ve been hacked,” Rep. Mike Quigley, a Democrat from Illinois who serves on the House Intelligence Committee, told CNN Thursday.

Senate Republicans on Thursday said they didn’t see an issue in Trump’s silence while his administration works to get to the bottom of the matter.

“There’s still information gathering occurring, so I’d caution anyone reaching conclusions or making pronouncements until all that is in,” said Senate Intelligence Chairman Marco Rubio. “I think there’s a lot that still needs to be learned about it. I would caution anyone from speaking out too much about something when there’s still a lot of facts being gathered.

Sen. Josh Hawley, who sits on Senate Armed Services, says he hasn’t been briefed on the data breach. “I’m fine with what they said publicly,” he said of the administration. “It’s a very big deal. And we certainly need to learn more … I’m really concerned about it.”

Asked if Trump should address this publicly, Hawley said: “I think the most important thing is to get report out and let us know the extent of the breach is. They may be trying to figure that out.”

While Trump has not said anything about the attack, his former homeland security adviser Tom Bossert urged the President in an op-ed to formally attribute responsibility and, if Russia is confirmed behind it, “make it clear to Vladimir Putin that these actions are unacceptable.”

Trump is also threatening to…

Read The Full Article at CNN

By Phil Muncaster
1 Mins read
A misconfigured cloud storage bucket has exposed the personal details of hundreds of social media influencers, potentially putting them at risk of…
Data Breaches

Cybersecurity Attacks in 2020: How Bad Did It Get?

By JEAN LOUP
4 Mins read
There has been a spike in cybercrime in 2020, and at least some of it can be directly linked to the pandemic…